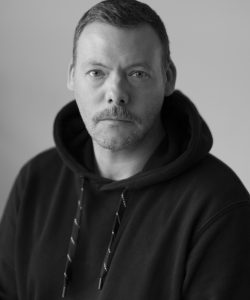 Learn more
Designer and Creative Director of Bikkembergs. Over 16 years alongside Donatella Versace within the creative team of the Versace. Winner ofWho is On nextin 2015. Founder of his eponymous consulting studio and photographer. 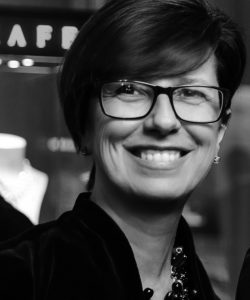 Learn more
She began working in the world of publishing dedicated to bridal fashion in 1989, as an editor at Sposabella, followed by the launch of the magazine in Spain and Portugal where she worked for 12 years. Today director of White Sposa and The Real Wedding: two totally wedding oriented magazines but with different visions. Today she is dedicated to promote the marriage world in Italy and in the world, for 5 years she has signed an agreement with a Russian publisher and White Sposa Russiawas born. Always ready for new challenges, both in publishing and on new web and social channels, with its magazines it participates in the most important B2B and B2C sector fairs in the world, organizes events, meetings and initiatives for both players in the world of marriage, and for couples of future spouses. 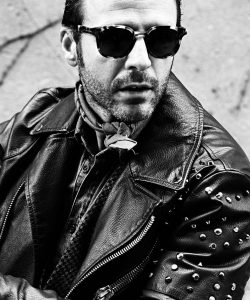 Peter Cardona
Learn more
After studying architecture at the Polytechnic of Turin, in 2002 he moved to Milan. He took his first steps in publishing as an assistant for magazines such asUomo Vogue, Flair e Grazia. Later he collaborated as editor with magazines such as Vanity Fair e Glamour Russia, Gq Italia. He was also Fashion Director of Billboard Italia and Director of Playboy Italia. He currently works as Fashion Director for Marie Claire Ucraina in parallel with consulting for various brands and as Creative & Casting Director for the E-PHOTO agency. 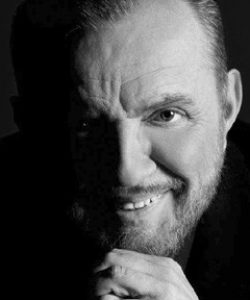 Stefano Anselmo
Learn more
Founder of theStefano Anselmo Academy, he literally wrote the history of make-up. His are the maquillages of the crazy covers of Mina, with whom he has collaborated since 1977. In his incredible career, he has been the image consultant for countless VIPs (just to name a few: Renato Zero, Vasco Rossi, i Pooh, Ami Stewart, Loredana Bertè, Anna Oxa, Gioele Dix, Platinette. Passionate researcher on cosmetic uses in history, he is contested as a speaker at conferences all over the world. His books are used as textbooks by many makeup schools, but the Stefano Anselmo Method (registered and protected by Copyright) is taught only and exclusively at his Academy. Since 2003 he has collaborated with the Focus group (magazines and TV channel), dealing with the reconstruction of characters from antiquity. 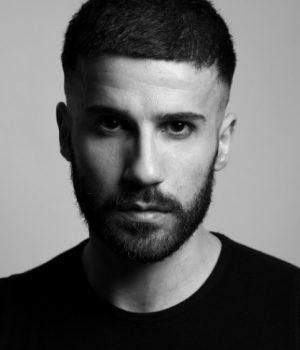 Giuseppe Riserbato
Learn more
For three years he worked as an Art Director and Graphic Designer in Ticino and then returned to Milan where he began his career as a photographer within one of the most prestigious international fashion agencies, an opportunity that allows him to know and shoot some faces of current fashion and to obtain over the years a certain visibility and recognition among professionals and sector publishing. He collaborates with some of the most important fashion companies including Dolce & Gabbana and shoots for various sector publications both online and in print. In January 2019 he inaugurated his first photographic exhibition entitled "THROUGH THE LIGHT" at the Hotel Palazzo Matteotti in the center of Milan, an exhibition dedicated to a collection of portraits. 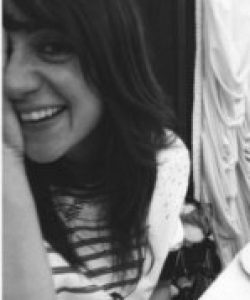 Eleonora Zanetti
Learn more
Fashion Designer for Benetton, Sisley, Class Cavalli and White Cavalli, Piazza Sempione, L’Altra Moda, she was also product manager of Asobio, a brand produced and distributed by the well-known Co-Best group of Shanghai. The indisputable experience makes her one of the leading experts in moodboarding, coolhunting and fashion design currently in circulation.

Luca Zacco
Learn more
Luca wins the Scandinavian Saga Fur Award in 1993, 1st place. His professional career began in ITTIERE where he joined the product team of Versus, Versace Jeans and Dolce and Gabbana Jeans. In 1996 Luca met Stefano and Domenico and joined the Dolce & Gabbana design team until 1997. At the end of the same year he began collaborating with Moschino in the design team where he was responsible for the Mens, Jeans, beachwear and underwear collection. From 2000 to 2008 Luca collaborated with various brands such as: Cerruti 1881, the Prada Group and Malo and expands his design activity for large Luxury Holdings: Ting Group (Shanghai) and Samsung Fashion (Seoul). From 2008 to today, he has worked as coordinator of the style and product department for the lines of the Versace brand: Versace 1st line, Versace Collection, Versace jeans couture. 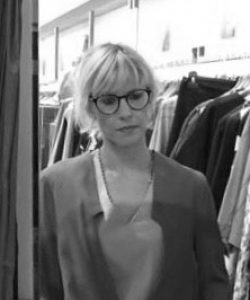 Susanna Bertozzi
Learn more
After graduating from the Marangoni institute, she worked for Costume National, following the C'N'C 'line, then as style office manager for "Hell is for Heroes", a luxury brand in the sports sector, for Parajumpers, and as an illustrator for various stylistic studies. She approached the world of teaching to convey her strong passion with enthusiasm and professionalism. He currently works in the Karakorum style office.   . 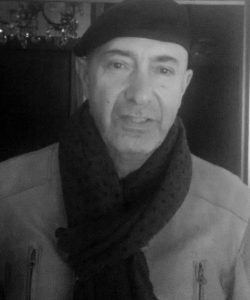 Franco Di Brino
Learn more
For 20 years he held the role of Buyer, Store Manager, and Visual Merchandiser at the multibrand store owned by "Strand" in Livorno, included in the 100 best shops in Italy in the luxury fashion segment, collaborating with brands such as J.P. Gaultier, Dirk Bikkembergs, John Richmond, Dsquared, Dolce & Gabbana and Alexander Mc Queen. To date, he holds the role of Sales Director Italy of the Brand "Lucio Costa" as well as professor of Buying and Fashion Retail Management and Brand Management. 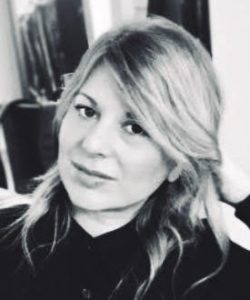 Valentina Cavalera
Learn more
Graduated in Industrial Design at the Politecnico di Milano, she gained experience as a Fashion Brand Manager and Consulting with brands such as Maison Antonio Marras and A&G Cashmere Los Angeles. She is currently engaged in commercial consultancy at Studiozeta.org for the Maryling brand as well as teaching for the Fashion Buying course with particular attention to the issue of purchasing responsibility in relation to environmental sustainability. 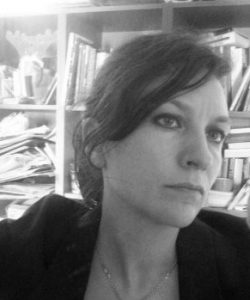 Laura Brumana
Learn more
After the Brera Academy of Fine Arts, she became a fashion designer and illustrator. He has collaborated and continues to collaborate with various Italian companies, such as ADD, Max Mara, Miroglio Group, Les Copains and many others, designing women's collections with a particular focus on outerwear and knitwear. She has lived and worked abroad: in Barcelona for the Inditex group (Massimo Dutti) and Istanbul, for Desa, a leather goods manufacturer. In recent years, with great satisfaction, she has dedicated himself to teaching in the fashion field.

Armando Pollini
Learn more
Fashion Designer, Professional active in the footwear sector for 60 years. From an early age he traveled the world to work as a stylist in France, the United States and Japan. He acquired international resonance as a designer and in 1980 he founded his empire, Armando Pollini Design. He is the first to experiment with new technologies and innovative materials, one of which is elastane. The USA crowns Armando Pollini "the King of elast". Some of his models are part of the collections of the Fashion Museum in New York and the Victoria and Albert Museum in London. He is the inventor of "Ballet", the ambidextrous dancer. In 2004 he donated his collection to the Vigevano Museum. 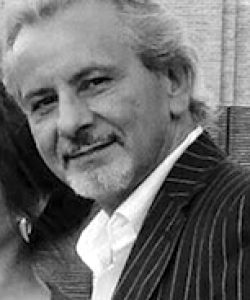 Lino Spina
Learn more
Internationally renowned master pattern maker, the most advanced techniques have no secrets for him. In his very prestigious career he has been responsible for numerous brands of undisputed fame, such as Prada, Jil Sander, Fila Sport, Helmut Lang, Genny, Céline, Elie Tahari, Rodrigo China. He is currently the Modeling Project Manager at Helian Group's headquarters in Shanghai. 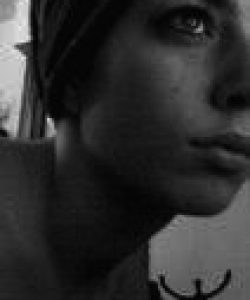 Alice Lissoni
Learn more
She began her career in the fashion world by collaborating as a fashion designer with some important brands such as Lorenzo Riva, Luciano Soprani, Allegri both as a senior designer and as manager of the organization of fashion shows and events. Thanks to her direct experience in the fashion field, she has been dedicating herself for more than ten years to the training sector in the fashion field, teaching in some prestigious Milanese fashion institutes. She is a lecturer in clothing and accessory fashion design, design, graphics and publishing in fashion, photoshop for fashion, history of contemporary fashion, fashion show organization. Passionate about art, in parallel with her work in fashion, she pursues her artistic career through personal exhibitions of her works in contemporary art galleries. www.alicelissoni.com 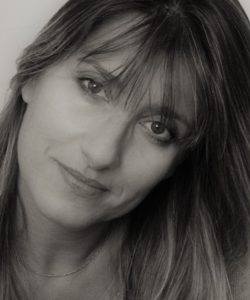 Ornella Rigoletti
Learn more
Freelance pattern maker and fashion designer of clothing and fashion accessories. She boasts collaborations with the most prestigious names in Italian and international fashion such as Valentino, Armani, Trussardi, Ungaro, Richmond, Montana and many others. She deals with modeling for the Mani di fata knitwear magazine and she has created the merchandising for the Nefertari Queen of Egypt exhibition. In parallel with teaching and collaborating with stylists, she created her own brand of white shirts and jewelry made by herself. 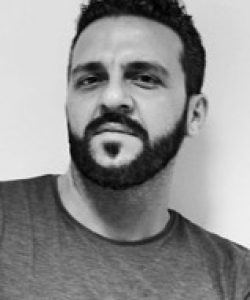 Emidio Summonte
Learn more
One of the pillars of Italian fashion design, he is the owner of the Summonte Design Studio, based in Barcelona, specializing in the design of bags and small leather goods. His deep knowledge of fabrics and materials combined with his spasmodic search for perfection led him to be the designer of Versace, Rocco Barocco, Mario Valentino, Byblos. The constant movements between New York, London, Paris, Tokyo, Hong Kong and Milan make him one of the most up-to-date people in the fashion world and one of the most informed connoisseurs of the offer on the world market. 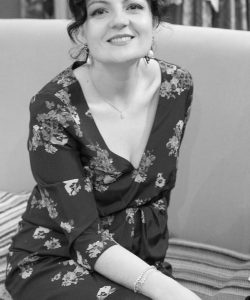 Giovanna Vitacca
Learn more
She is the first Business Style Coach in Italy, a figure whose mission is to promote the theme of the image in the professional world. Today, in fact, even the look is in effect a strategic asset for business growth in the various market sectors. After a humanistic training course, a degree in History of Theater and Entertainment, two masters in marketing / event organization and public relations and a 20-year career within multinationals, over the years he has combined his strong competence in the field of communication with his specialization in Aesthetics, Make Up Artist and Image Consulting. For over 10 years she has been a company consultant and trainer. Check out her site by clicking here. 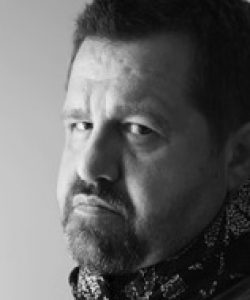 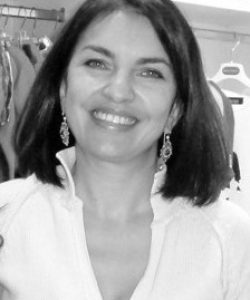 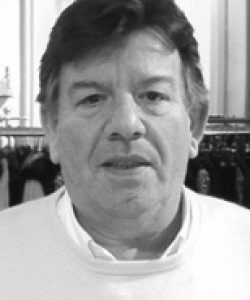 Massimo Panzieri
Learn more
Owner of one of the most famous Italian showrooms, he has made the history of fashion in Milan. He boasts ten-year collaborations with Umberto Ginocchietti, Christian Dior, Thierry Mugler, Givenchy, Fontana, Chloé, Nina Ricci, Malouf and many others. Since 1989 Gai Mattiolo, Maria di Ripabianca cachemire and Maria Grazia Severi have also collaborated with him. . 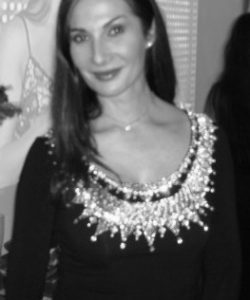 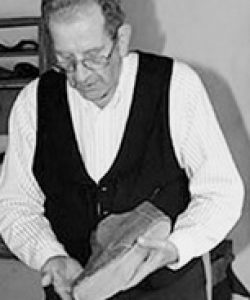 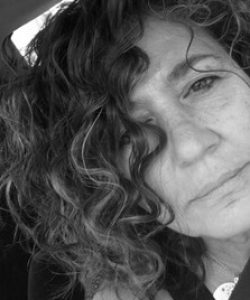